Blending atmospheric doom with opressive post metal parts and haunting melodies, Crimson Swan from Freiburg (Germany) deliver music that every friend of the slower paces should definitely lend an ear!

Although sharing the mood with bands like My Dying Bride, Swallow The Sun, Saturnus and Shape Of Despair, Crimson Swan managed to develop their own note with only an EP and their full length debut „Unlit“.

Late 2015 the line-up of the band changed completely, so did the style of music.  With roots in death and gothic doom metal, Crimson Swan now unite elements of post, doom and gothic metal.

The roots of the band date back to a vacation in 2010 spent by the former members Simon, Marcos and band leader Robert in a lownly forest cottage. Inspired by this gloomy and forlorn place „When Angels Fall“ was written, which should mark the first song of Crimson Swan.

Fueled by the positive responses to the demo version of said song, more tunes were concocted, until the EP „Icon“ could be recorded.

Although initially planned as a studio project, first gig inquiries came with the release of „Icon“. A few months later Crimson Swan found themselves playing the first shows. After the release of their full legnth album „Unlit“ Crimson Swan had the pleasure of sharing the stage with great bands like Saturnus, Shape Of Despair, Officium Triste, Mournful Congregation, Ophis and many more. 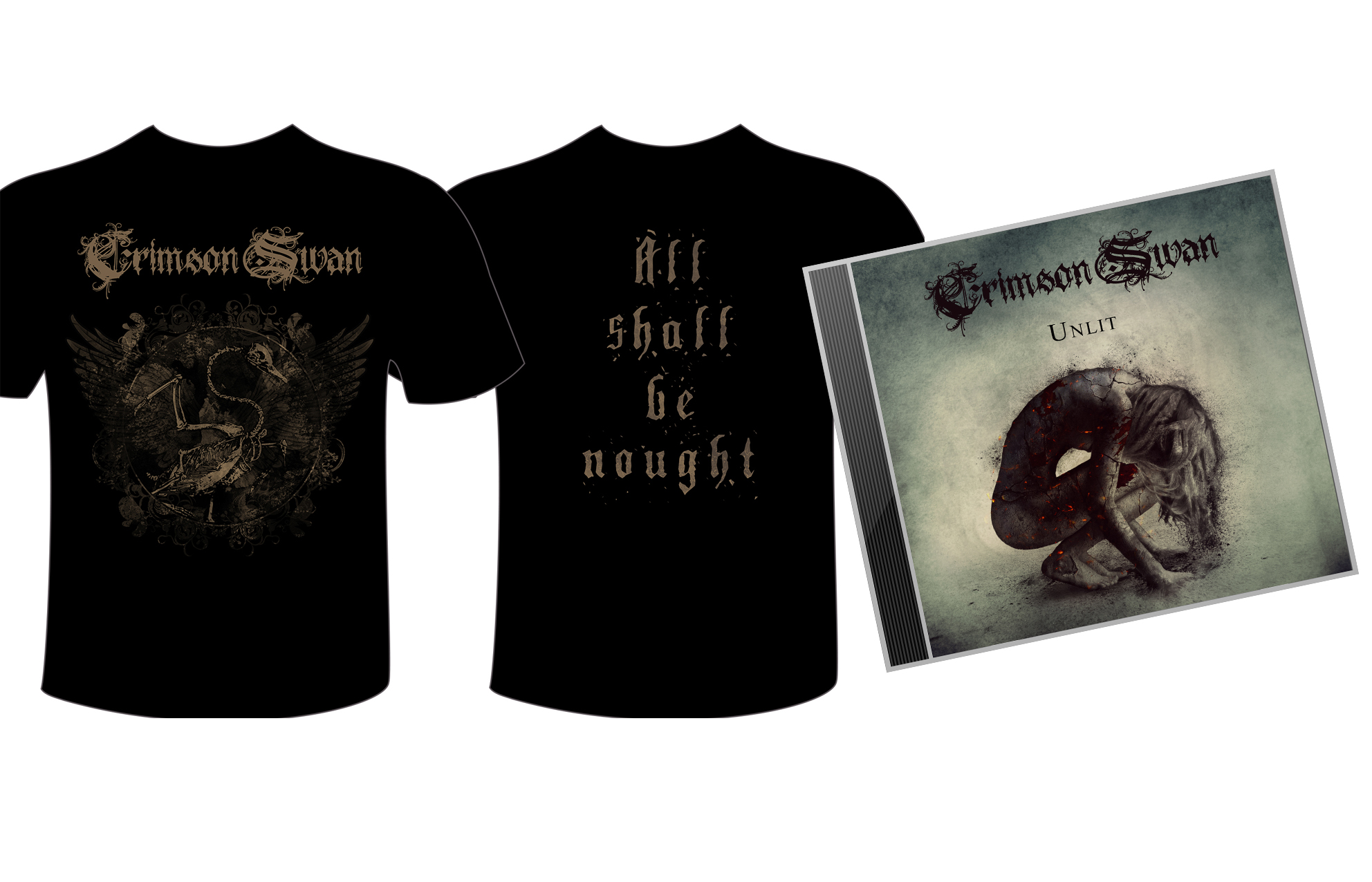 no gigs booked at the moment

We use cookies on our website to give you the most relevant experience by remembering your preferences and repeat visits. By clicking “Accept”, you consent to the use of ALL the cookies.
Cookie settingsACCEPT
Manage consent

This website uses cookies to improve your experience while you navigate through the website. Out of these, the cookies that are categorized as necessary are stored on your browser as they are essential for the working of basic functionalities of the website. We also use third-party cookies that help us analyze and understand how you use this website. These cookies will be stored in your browser only with your consent. You also have the option to opt-out of these cookies. But opting out of some of these cookies may affect your browsing experience.
Notwendige immer aktiv

Any cookies that may not be particularly necessary for the website to function and is used specifically to collect user personal data via analytics, ads, other embedded contents are termed as non-necessary cookies. It is mandatory to procure user consent prior to running these cookies on your website.